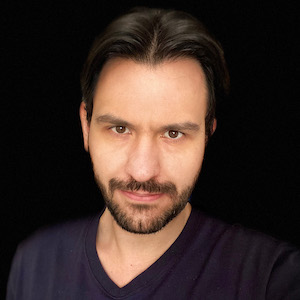 In this tutorial, I would like to introduce the SatelliteToolbox.jl , which is a package for Julia language with many options to analyze space missions. It is used on a daily basis at the Brazilian National Institute for Space Research (INPE). First, it is presented a brief history about the package, and then I show some interesting analysis that can be done with it.

In 2013, I joined INPE as a Junior Space Systems Engineer. I was assigned to the space systems division in which I had to work with the attitude and orbit control subsystem (AOCS). Since I had only an intermediate knowledge about orbits, I decided to go into this subject by coding algorithms and comparing the results to the INPE heritage and to the literature in my spare time.

The very first thing was to select the language! In my Ph.D., I used MATLAB to simulate an inertial navigation system, but the Monte Carlo simulations were so slow that I had to rewrite many parts in C using CMEX. On the other hand, in my post-doctoral research where I studied estimation in distributed, non-linear systems, I decided to go with FORTRAN (using the 2008 standards to have at least a readable code…) so that the execution speed is not an issue. Yeah, the performance was very good, but it took me too much time to code. Then I heard about a new language that was promising the best of both worlds: something that resembles an interpreted language with speed of a compiled one! And that’s how I met julia .

By that time (using v0.2 I think), Julia was a really new language. But I decided to accept the rough edges and try to code my algorithms using it. Anyway, it was just a personal side project to learn more about orbits. I did face many bugs, I had to use master (pre-v0.3) due to some bugs and missing features, but it was fun 🙂

After some years (and huge rewrites due to breaking changes), Julia released its v0.4. In this time, given the amount of code I had and the state of the language, I started to see that this bunch of algorithms can indeed be used for something at INPE to help in my activities. Hence, I decided to create a private package, which was called SatToolbox.jl, to organize everything I have done.

After some time, this little side project turned out to be a very important core for a simulator, called Forplan , of the mission operational concept we started to develop at INPE’s Space Mission Integrated Design Center (CPRIME). Given the good feedback I received, I decided to rename the toolbox to SatelliteToolbox.jl and it was released as an official Julia package in March 2018 .

In this post, I would like to briefly describe SatelliteToolbox.jl and how it can be used to analyze space missions. The entire set of the features can be seen in the documentation . A brief, non-exhaustive list of the algorithms implemented by the time of this post (in v0.9.0) is:

In the following, I provide a few examples of how SatelliteToolbox.jl can be used to analyze space missions.

The very first thing (provided that you have Julia installed, which can be obtained here ) is to install the package. This can be done by typing:

If the package is already installed, then make sure you have at least the version v0.9.0. You can update all of your packages using the command Pkg.update().

To load the package, which must be done every time Julia is restarted, type:

Here and in the following, the command you have to type is what is presented after julia>, as you will see in the Julia REPL. Everything else is what you should see printed on the screen.

Now, I will show some analysis that can be done with the functions that are available.

To keep this post short, I will assume that you have knowledge about Julia and a little background in satellite and orbits.

Let’s see how can we calculate where the astronauts onboard the ISS were during the New Year in Greenwich! The first thing we need to do is to get information about the ISS orbit. In this case, we must obtain the TLE (Two-Line Element) file, which is a data format consisting of two lines with 70 characters each that contain all information related to the orbit. The following TLE was obtained from Celestrak at January 4, 2019, 12:25 +0200.

This TLE must be loaded into a variable inside Julia. There are a number of methods to do this using SatelliteToolbox.jl. Here, we will use a special string type:

This code loads the first TLE specified inside the string enclosed by tle"""...""" into the variable iss_tle.

Now, we have to initialize an orbit propagator using the loaded TLE. In this case, we will use the SGP4:

The function propagate_to_epoch! returns two values. The first one r_teme is the position vector, and the second one v_teme is the velocity vector. Those vectors are represented on the same reference frame that was used to describe the orbit elements when the propagator was initialized. Since we are using the TLE, those vectors are represented in the TEME (True Equator, Mean Equinox) reference frame.

TEME is an Earth-Centered Inertial (ECI) reference frame. Hence, we must convert the position vector to an Earth-Centered, Earth-Fixed (ECEF) reference frame so that we can compute what was the ISS position (latitude, longitude, and altitude) at the desired instant. SatelliteToolbox.jl has the entire IAU-76/FK5 theory related to the conversion between reference frames . For this example, we will convert TEME into the International Terrestrial Reference Frame (ITRF) for more accurate computation. This kind of conversion requires the Earth Orientation Data (EOP) that is provided by IERS . SatelliteToolbox.jl can easily load and use this data as follows:

The EOP data is measured and published by IERS. This means that the ITRF cannot be used here to predict what will be the ISS position in the future since the EOP data will not be available. In this scenario, if high accuracy is not needed, then the Pseudo-Earth Fixed (PEF) reference frame can be used. The conversion between TEME and PEF using IAU-76/FK5 does not require external data.

The DCM (Direction Cosine Matrix) that rotates TEME into alignment with ITRF is computed by:

Thus, the position vector represented in ITRF is:

Finally, considering the WGS-84 reference ellipsoid , the latitude, longitude, and altitude of the ISS during the New Year in Greenwich can be obtained by the function ECEFtoGeodetic as follows:

The minor difference can be explained by the TLE we used to computed the ISS position and the one used by the historical data of I.S.S. Tracker. Since a TLE has errors and the propagation increases them, it is desirable to obtain a TLE as closest as possible to the desired instant, which was not pursued here.

In this second example, we will use the built-in functions of SatelliteToolbox.jl to compute the atmospheric density profile. There are many models available in the literature. SatelliteToolbox.jl implements four of them: Exponential atmospheric model, Jacchia-Roberts 1971, Jacchia-Bowman 2008, and NRLMSISE-00. All of them but the former requires as input some space indices, like the F10.7 that measures the Sun activity and the Ap that measures the geomagnetic activity. SatelliteToolbox.jl is prepared to download all the required files from the Internet so that those indices can be easily obtained. This can be accomplished by:

The keyword wdcfiles_newest_year is not necessary, but it is added to avoid an error since the kp2019.wdc file was not available by the time this tutorial was written for the first time. For more information, see the documentation.

The exponential atmospheric model, the simpler one, depends neither on space indices nor on the location, only on the altitude. Thus, the atmospheric profile is computed by:

Each element is the atmospheric density [kg/m³] related to one altitude.

Here we use the Julia broadcast operator . to compute for the entire altitude interval using only one line. For more information, see the documentation.

For the Jacchia-Robert 2008, we must specify the geodetic latitude [rad], longitude [rad], and altitude. Notice that, since we have already initialized the space indices, all the required information will be gathered automatically:

Each element is an instance of the structure JB2008_Output that contains the density of the atmospheric species in [kg/m³] related to one altitude.

The NRLMSISE-00 requires the same information, but in a different order. One more time, since we have already initialized the space indices, all the required information is fetched automatically:

Each element is an instance of the structure NRLMSISE00_Output that contains the density of the atmospheric species in [kg/m³] related to one altitude.

The values computed here can be compared to the online NRLMSISE-00 model. Notice, however, that the online version by the time this tutorial was written only allows computation between 1960/02/14 and 2018/03/17.

The Jacchia-Roberts 1971 model does not support fetching the space indices automatically yet. Hence, we will need to do this manually. It requires three indices: the daily F10.7, the averaged F10.7 (81-day window, centered on input time), and the Kp geomagnetic index (with a delay of 3 hours). That information can be fetched by:

Thus, the atmospheric profile computed by JR1971 is obtained by:

Each element is an instance of the structure JR1971_Output that contains the density of the atmospheric species in [kg/m³] related to one altitude.

Finally, using the PyPlot.jl package, the atmospheric profiles (altitude vs. density) in semi-log scale can be plotted using:

For more information about the many options to compute the atmospheric density, please see the documentation .

If the desired date is not available on the space indices files, then an error will be thrown when computing the atmospheric density.

I hope that this tutorial has helped you to understand a little bit how SatelliteToolbox.jl can be used to perform analysis related to satellites and orbits. If you have any question, please, feel free to leave a comment below!